Our wine store is open and we continue shipping within Europe! Please inform yourself about any local quarantine rules before ordering. Shipping to Asia has been temporarily suspended.

People used to say: one vine in the vineyard is a violin, the Gemischte Satz is an full orchestra. The traditional Gemischte Satz is vinified from grapes of different varieties, such as Riesling, Gutedel, Müller-Thurgau, Muscat, Neuburger, Riesling, Sylvaner, Traminer or Pinot Blanc, which are mixed in Rows of the vineyards and are picked, pressed and fermented together. A classic wine for the tavern.
Until the 17th century it was widely used in Europe, that different varieties were mixed for the sake of risk diversification set in a vineyard. Also varieties with different maturity date and also different acidity were mixed to obtain a greater variety of tastes of overripe sweetness to acid green. The varieties were different depending on the wine-growing region, often were up seven and more used, like: Grüner Veltliner, Pinot Blanc, Riesling, Rotgipfler, Traminer, Zierfandler Pinot Gris, Chardonnay, Neuburger and Muscat.

Mixed phrase means in the original sense of the word, is that all read together, pressed and expanded. However, the grapes can come from different vineyards. In contrast, only the finished fermented wine is mixed (blended) in a classical cuvée. In Austria, the mixed set is still widespread and makes approximately 3% of the vineyard from. Most commonly it is found in Vienna vineyards (about 14% of the area).

Austria has made early enough to joint set in the EU as a traditional term to protect themselves. The EU regulation is but vaguely defined: the wine must be a mixture of different white or red wine varieties be. In the Austrian wine law which is more closely. In Vienna, a vintners association with Fritz Wieninger special specifications for the "Wiener Gemischter Satz" set and in 2013 as origin controlled DAC: Wiener Gemischter Satz anchored. In Styria, the term Styrian composite is in circulation. Especially the involvement of Vienna wine is thanks to the mixed fermentation has come back more fashionable. In the Austrian capital Vienna the typical Heurigen wine is a mixed record.

In Germany there are in Frankonia are the "Frankish Language Joint sentence". The term, however, can be mentioned because of the EU protection for Austria only on the back label. Andre wines which correspond mutatis mutandis with a mixed record, are the Badisch Rotgold and Schiller Wine in Württemberg. Also in southern Italy, in the Bourgogne Appellation Bourgogne Passe own-Tout-Grain and in Portugal this vineyards form is still common.
Use filtering to find your wines quicker!
Items 1 - 11 of 11
Page 1 of 1 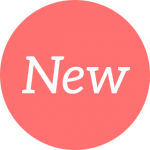 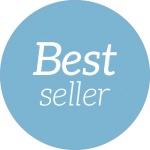 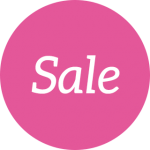